As part of its 30th Anniversary season, the Weis Center for the Performing Arts at Bucknell University will devote an entire day to the legacy, tradition and craftsmanship of Martin Guitars on Saturday, October 14. The day is entitled, Martin Guitar Gathering: A Celebration of the Legacy of C.F. Martin Guitars in American Roots Music.

The day is sponsored, in part, by C.F. Martin & Co. in Nazareth, the News-Item in Shamokin, WXPN radio in Harrisburg and K&S Music Center located in South Williamsport.

All of the day’s events are free with the exception of the Del McCoury Band performance (Bill and the Belles opens) at 7:30 p.m.

All events take place in various locations throughout the Weis Center.

The full schedule is available at Bucknell.edu/MartinGuitarDay 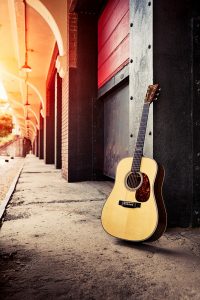 1:30-3 p.m.
Community Guitar Jam
All levels of proficiency are welcome to bring their guitars, stringed instruments and hand percussion to play along from the audience! The stage will play host to a house band comprised of local musicians and rotating special-guest song leaders, including Lenny Kaye from Patti Smith Group, Rory Block, Kris Truelson from Bill and the Belles, members of the Del McCoury Band and Jerry Zolten. Together we will play favorite songs steeped in blues, rock and Americana. Guitar chords and lyrics will be projected on a large screen and all are welcome to sing and strum along for this communal musical affair. Weis Center Atrium Lobby

6 p.m.
Rory Block Performance
Free, tickets not required. Weis Center Atrium Lobby
A traditionalist and innovator at the same time, Rory has committed her life and career to preserving the Delta blues tradition and bringing it to life for 21st century audiences around the world.

7:30 p.m.
Del McCoury Band Performance
Opener: Bill and the Belles. Weis Center Auditorium
The Del McCoury Band is the most awarded bluegrass band of all time. Their most recent release took home the 2013 Grammy for Best Bluegrass Album. McCoury has received over thirty International Bluegrass Music Association Awards, including Entertainer of the Year nine times. 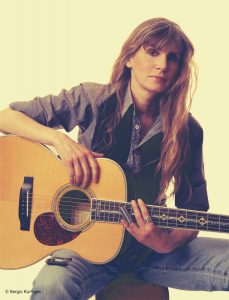 Blues musician Rory Block will perform for free in the Weis Center Atrium Lobby at 6 p.m. Tickets are not required. Heralded as “a living landmark” (Berkeley Express), “a national treasure” (Guitar Extra), and “one of the greatest living acoustic blues artists” (Blues Revue), Block has committed her life and her career to preserving the Delta blues tradition and bringing it to life for 21st century audiences around the world. A traditionalist and an innovator at the same time, she wields a fiery and haunting guitar and vocal style that redefines the boundaries of acoustic blues and folk.

Bluegrass legend Del McCoury and his Band will perform at 7:30 p.m. in the Weis Center auditorium, with Bill and 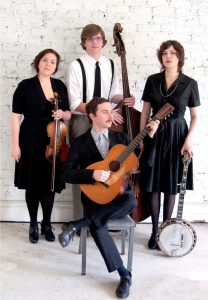 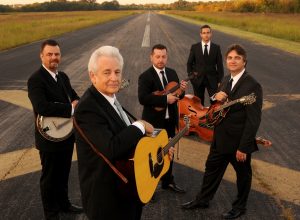 the Belles opening. Bill and the Belles offers a contemporary reimagining of a bygone era, a vocal-centric performance that breathes new life into the sounds of early country music. From sentimental Southern ballads to the popular songs of Tin Pan Alley to regional fiddle breakdowns, a Bill and the Belles show is a celebration of the diversity country music once represented. The Del McCoury Band is the most awarded bluegrass band of all time. Their most recent release Streets of Baltimore​ took home the 2013 Grammy for Best Bluegrass Album, adding to their already impressive 2006 Grammy win for The​ Company We Keep ​and over thirty International Bluegrass Music Association Awards, including Entertainer Of The ​Year nine times.

For more information about Martin Guitar Gathering, contact Lisa Leighton, marketing and outreach director, at 570-577-3727 or by e-mail at lisa.leighton@bucknell.edu.

Posted by Lisa on September 25, 2017
Comments Off on Day-Long “Martin Guitar Gathering” Will Celebrate Legacy, Tradition, and Craftsmanship of Martin Guitars