The National Symphony Orchestra of Cuba will perform world-renowned classical works on Thursday, March 22 at 7:30 p.m. at the Weis Center for the Performing Arts.

There will be a free pre-performance talk on the same day as the performance from 1-2 p.m. in the Weis Center Atrium Lobby.

The performance is sponsored, in part, by Bob and Dede Gronlund. 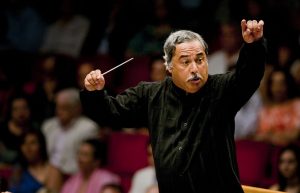 Internationally-renowned Maestro Enrique Perez Mesa is currently the artistic director of the National Symphony Orchestra of Cuba, as well as the Chamber Orchestra of Our Time. He has led performances in prestigious concert halls throughout Austria, Brazil, Chile, Colombia, Costa Rica, Ecuador, Spain, France, Italy, Mexico, Venezuela, Russia, South Korea and the United States, among numerous others. 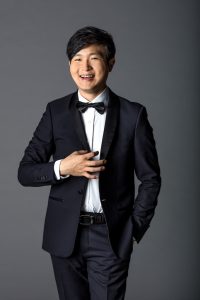 etition. Sunwoo has been hailed for “his total command over the instrument and its expressiveness” (San Francisco Examiner). A powerful and virtuosic performer, he also, in his own words, “strives to reach for the truth and pure beauty in music,” and hopes to convey those fundamental emotions to audiences.

Born in Anyang, South Korea, Mr. Sunwoo began learning piano at age 8. He gave both his recital and orchestra debuts in 2004 in Seoul before moving to the United States in 2005 to study with Seymour Lipkin at the Curtis Institute of Music. He earned his bachelor’s degree there, his master’s at The Juilliard School with Robert McDonald, and his artist diploma at the Mannes School of Music with Richard Goode. He currently studies under Bernd Goetzke in Hannover.

Since its inception in 1960, the National Symphony Orchestra of Cuba has been instrumental in developing and introducing Cuban and Latin American music to the international classical music community, in addition to covering a vast symphonic and chamber repertoire ranging from baroque to contemporary.

Posted by Lisa on March 9, 2018
Comments Off on Cuban Symphony will play works by Tchaikovsky, Roldan and Beethoven at the Weis Center