Avery Fisher grant winner Xavier Foley will perform a classical repertoire on Sunday, April 22 at 2 p.m. in the Weis Center Atrium Lobby. The performance is free and tickets are not required.

As a Winner of the 2016 Young Concert Artists International Auditions along with four Performance Prizes, he gave his New York and Washington, DC debut recitals this season, which included two of his own compositions. Xavier Foley is only the second double bassist in the 57-year history of YCA to win and join its roster.

His numerous prizes include Philadelphia’s Musical Fund Society Award to perform on the Philadelphia Chamber Music Society Series, and First Prizes at Astral’s 2014 National Auditions, Sphinx’s 2014 Competition, and at the 2011 International Society of Bassists Competition. Xavier Foley has participated in the Marlboro Music and the Delaware Chamber Music Festivals.

Hailing from Marietta, Georgia, Xavier Foley earned his Bachelor of Music from the Curtis Institute of Music in 2016, after working with Edgar Meyer and Hal Robinson. Mr. Foley’s double bass was crafted by Rumano Solano. 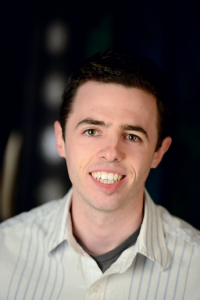 Daniel Temkin’s Hidden Worlds (2018) is a set of four musical poems for double bass and piano.  Each movement has a title referring to remote locations where unique moments of beauty can take place.

Temkin began writing music at 13, and his work has been supported by ASCAP, BMI, Earshot, the American Composers Forum, the Presser Foundation, and others.  Daniel has received fellowships from the Aspen, Brevard, and Fontainebleau festivals, and he has been Composer-in-Residence with Music From Angel Fire (New Mexico), Chamber Music by the Bay (San Francisco), and the Intimacy of Creativity (Hong Kong).

Posted by Lisa on April 9, 2018
Comments Off on Double Bassist Xavier Foley to offer free classical performance at Weis Center